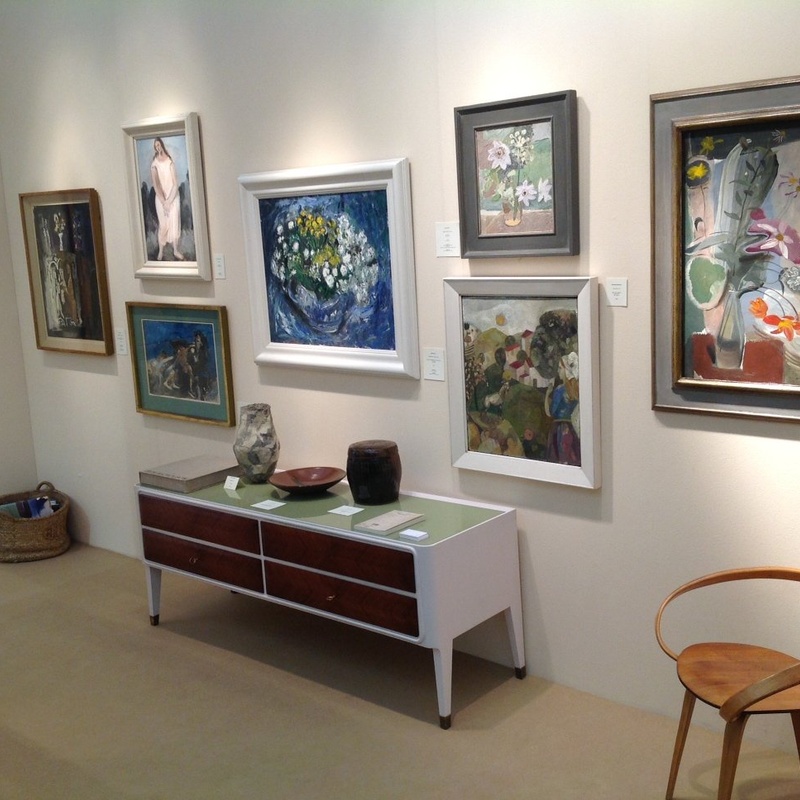 We have just returned from Art Antiques London 2013, which was held in Kensington Gardens. The fair was a great success for most exhibitors and saw a high level of footfall.

Our stand was a showcase for a range of lovely pictures including Vanessa Bell's wonderful Flowers in the Studio, 1915, two previously unseen Edward Seago views - one of the harbour at Honfleur and one of a beach at Palling, Norfolk - John Piper's important Baptismal Font, Cowlam, 1952, Keith Vaughan's major 1970 oil Landscape, November, and two beautiful Ivon Hitchens paintings - an early still life and a large abstracted landscape from 1970. Other works include new acquisitions by Ceri Richards, Bernard Meninsky, Julian Trevelyan, Mary Fedden, John Wells and Alan Davie.