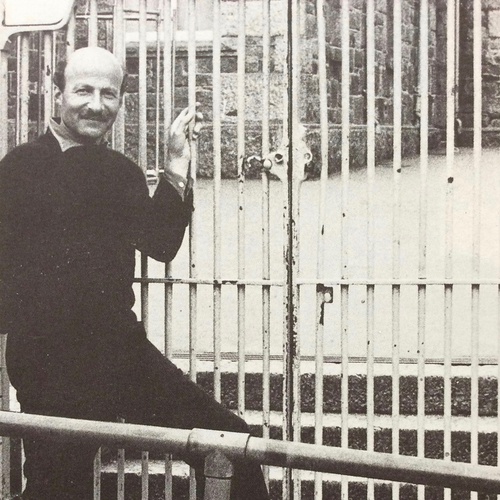 Paul Feiler was a German-born British painter and printmaker.

Born in 1918, in Frankfurt am Main, Feiler came to England in 1933 and studied from 1936 to 1939 at the Slade School. Interned in Canada at the outbreak of the Second World War, Feiler returned to Britain in 1941 to begin his career as an artist. From 1941-1975 he taught art at the Combined Colleges of Eastbourne and Radley and West England College of Art. He then lived and worked in Newlyn, Cornwall.

Feiler was always concerned with the architecture of space and the ambiguity of visual experience. From the early 1950s, when he became known for his gestural abstractions inspired by the structure of natural forms, to his later work expressing shrine-like portals, Feiler's paintings are sensitive constructions using space, tone and light, leading to simplification.

Originally associated with the post-war Modernists in St Ives, by 1953, Feiler moved permanently to Cornwall. Inspired by the Cornish light and landscape, his painting during this and the following decade became influenced by Abstract Expressionism. However, his abstraction has consistently drawn on external sources, using light, tone and space to render an environment in pictorial terms.

During the 1970s the character of Feiler's work changed dramatically. He began painting thinly glazed surfaces of mechanically organised geometric forms. Meditative paintings relating to recessive spaces and projecting forms developed from themes of 'the hidden' and 'the shrine'. Feiler used these spatial explorations of the horizontal and the vertical as a gateway for the viewer to make potent connections with the world as he made it.

A monograph on Feiler was published by Lund Humphries in 2018. David Bowie was a collector of his works.