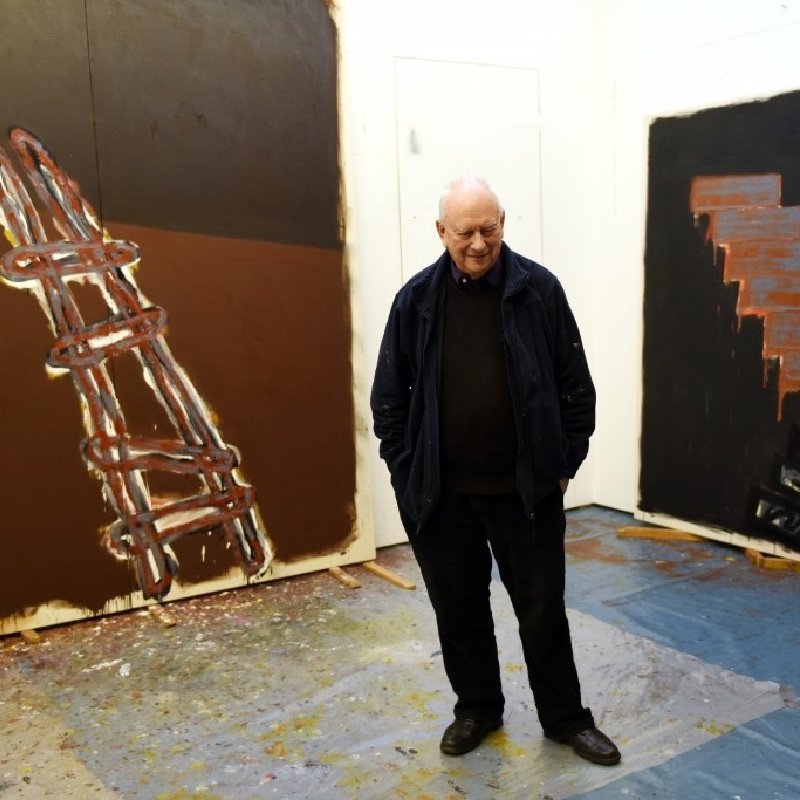 English painter and printmaker. He studied at West Hartlepool College of Art (1950-55) and at the Royal Academy Schools, London. He taught at Goldsmiths College, London, for much of the 1980s and 90s. An initial interest in the paintings of Walter Richard Sickert gave way to influences from the late work of Picasso and paintings by the New York artists associated with Abstract Expressionism. Beattie's mature work can be situated within the context of the abstraction practised by other English painters such as John Hoyland, Albert Irvin and Gillian Ayres, all of whose sensual and physical use of paint owes some allegiance to the recent American tradition. Beattie's work of the 1980s was very gestural and characterised by its use of dark colours, as in Circus (1984; London, Tate). He later became interested in dividing the pictorial space into defined sections. The abstract forms that Beattie used were often organised into shapes resembling ziggurats. In the mid 1990s he worked with various motifs that relate to apertures of many kinds, from doors to tunnels, conveying his belief in the importance of having a breathing space, or lung, within the work. Mark This Place (1998; see 1998 exh. cat., p. 10) emphasises the tunnel theme, with one large tunnel shape painted on one side of the picture, dominating three smaller tunnel shapes on the other side. Beattie's work often has an underlying intangible narrative of forms relating mysteriously to each other, as in the late work of Philip Guston. His work is included in the Deutsche Bank collection.