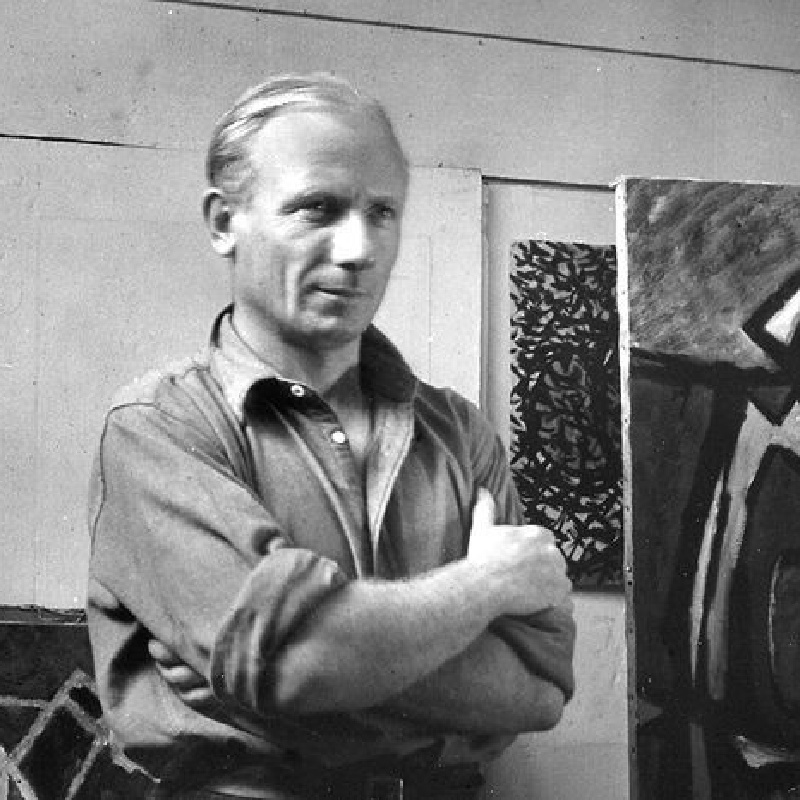 William Gear was a modern British painter of abstract compositions, who produced works both structural in character and strong in colour.

He was born on 2nd August 1915 in Methil, Fife, Scotland. He studied at Edinburgh College of Art from 1932 to 1937 and the Edinburgh University Fine Art Class from 1936 to 1937, under Gillies, Maxwell and McTaggart. In 1937 to 1938 he was awarded a Travelling Scholarship. That year he worked in Paris under Léger. Gear travelled in Italy, Greece and the Balkans.

He undertook War service in the Middle East and Italy during World War II between 1940 and 1945, and with the Monuments and Fine Art Section in Germany between 1945 and 1947. His first one-man exhibition was held in Siena in September 1944. Between the years of 1947 and 1950 he lived in Paris, before settling in England. He exhibited at Gimpel Fils in 1951 and subsequently. He became a Member of the London Group in 1953. Gear visited New York 1957 and 1959, and held the position of Curator of the Towner Art Gallery, Eastbourne, from 1958 to 1964. Gear was also Head of the Fine Arts Department, Birmingham College of Arts and Crafts, in 1964.

A retrospective exhibition of his work was held at Gimpel Fils in 1961 and his work is in the collection of the Yale Center for British Art (Pritzker Gift).