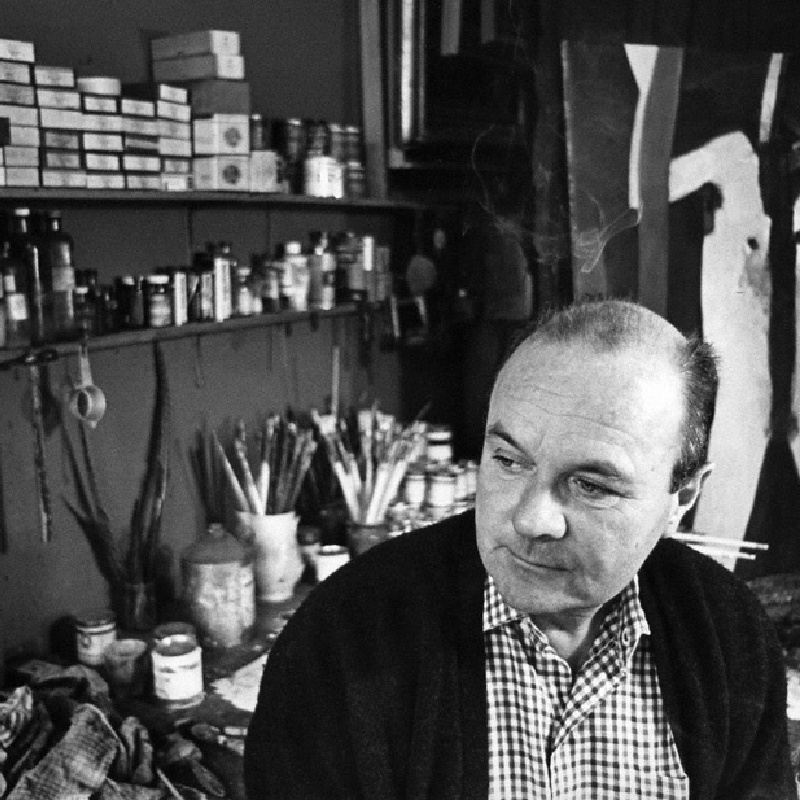 Keith Vaughan was an English painter and writer.

Vaughan abandoned a career in advertising in 1939 to pursue painting. From 1941 to 1944 he served in the Pioneer Corps. His drawings of army life, however, such as Breakfast in the Marquee (1942), attracted attention and he entered the circle of Peter Watson in London. From 1946 to 1952 he shared a studio with John Minton.

As a younger-generation Neo-Romantic Vaughan was heavily influenced by the work of Graham Sutherland, Henry Moore and William Blake. During the 1950s Paul Cézanne and Henri Matisse were major influences, but most important was the art of Nicolas De Stael, who enabled Vaughan to reconcile figurative and abstract elements. Around this time, Vaughan became a painter of figure compositions that attempted to balance male nudes with abstract environments, exemplified by his nine Assemblies which he began in 1952.

After 1945 Vaughan travelled in the Mediterranean, North Africa, Mexico and the USA. In 1959, he was appointed a resident artist at Iowa State University. Upon his return to London, he taught at the Camberwell School of Art (1946-48), the Central School of Arts and Crafts (1948-57) and the Slade School of Fine Art (1959-77).

Vaughan’s remarkable journal (1939-77), inspired by André Gide, reveals the tension in his life and work between intellectual puritanism and unrepressed sensuality. His work can be regarded as an expression of his feelings about the male body. Despite considerable success, including the award of a CBE in 1965, he became increasingly melancholic and reclusive. Vaughan committed suicide in 1977.