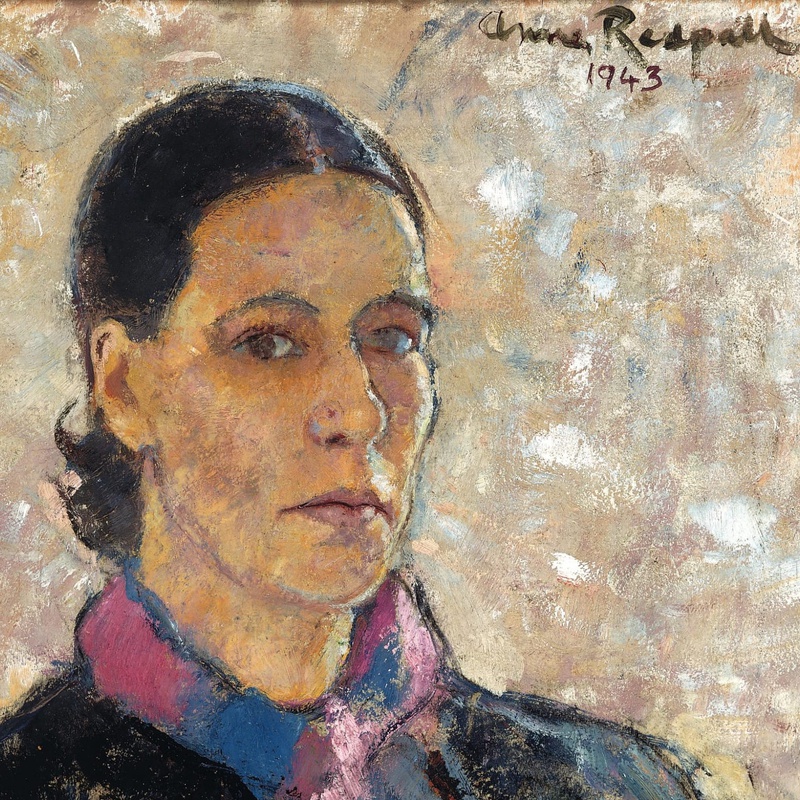 Anne Redpath was a Scottish artist, known for her still lifes and landscapes.

Born in Galashiels in 1895, Anne Redpath was brought up in Hawick and later studied at Edinburgh College of Art under Robert Burns and Henry Lintott. Redpath showed her exceptional talent as an artist at a young age and, in 1919, she won a travelling scholarship that enabled her to spend that year in Florence, Siena, Bruges and Paris before returning to the Borders.

In 1920, Redpath married the architect James Michie. His work took the family to Cap Ferrat and the couple moved to Pas-de-Calais. During this time Anne rarely painted, preferring to concentrate on her role as a mother to her three sons. On her return to Hawick in 1934, she prodigiously returned to painting. As she later explained, 'Taking up art again is different from music. The actual technique doesn't matter quite so much as it would in music. But at first it is difficult to attain the same kind of abandon and bravura in your painting.' Accordingly, her work from this period which concentrated on Border landscapes and studio interiors was executed in a subdued palette while she readjusted to painting.

It was not until 1942 that her work regained the confidence that her brilliant student days had promised. Her palette gradually became more vibrant and, from the mid-1940's onwards her works showed an increasing tendency towards abstraction. She was elected an associate of the Royal Scottish Academy in 1947 and was the first woman to be elected as a full member, in 1952. She exhibited regularly at the Royal Scottish Academy, the Society of Scottish Artists, the Royal Glasgow Institute and, from 1946, at the Royal Academy. During her lifetime she exhibited more than four hundred works at public exhibitions. In 1960, she was elected an Associate of the Royal Academy having already been awarded the OBE in 1955, the same year that she was awarded an honorary Doctorate from Edinburgh University.

Redpath was represented in Edinburgh and by the notable Alex Reid and Lefevre in London. The majority of her exhibited work was produced between 1950 and 1965 when she travelled extensively throughout Europe. Spain, Portugal, Corsica, the South of France and the Canary Island were some of her favorite locations.

Redpath's works are included in the Fleming Collection.