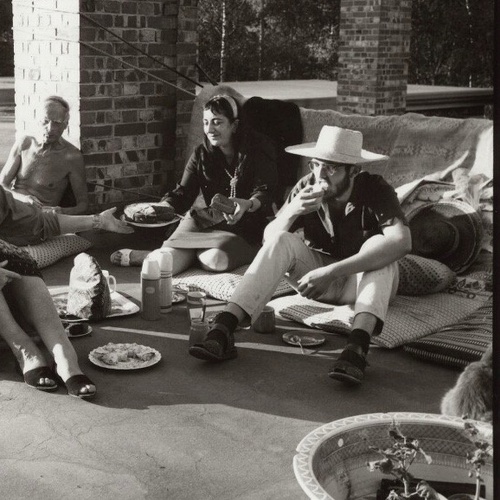 The only son of the artist Ivon Hitchens, John is also a landscape and still life painter.

Hitchens was born in Hove, Sussex and now lives in Petworth. After studying at Bedales (1947-1957), he went on to the Bath Academy of Art, Corsham Court. Though his main subject is the countryside of West Sussex, England, there were also many periods painting in North Wales and North West Scotland. 'A period photographing these landscape elements from the air, gave me an awareness of seeing the land as a two-dimensional composition. Other elements have come from observing bands of natural dye colours, in hand woven rugs. These parallel the browns and ochres of field lines, linking back to the land itself.' John Hitchens

A monograph on the artist was recently published.