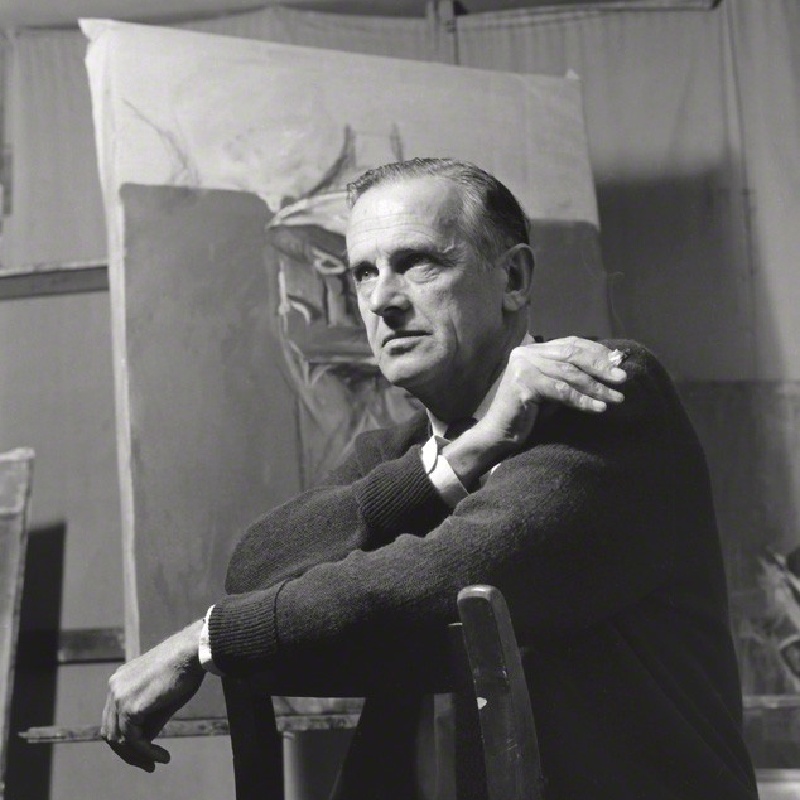 He was born on 24 August 1903 in London. He abandoned a railway engineering apprenticeship after a year and studied at Goldsmiths' College School of Art, where he specialized in engraving and etching. Sutherland's formative influences on his early work were Blake, Samuel Palmer, the late Turner, Paul Nash and Henry Moore. He held his first and second exhibitions of drawings and engravings at the XXI Gallery, London, in 1925 and 1928. and was a member of the Royal Society of Painter-Etchers and Engravers from 1926-33.

Sutherland taught engraving at the Chelsea School of Art from December 1926 and composition and book illustration 1935 to July 1940. He exhibited at the N.E.A.C. 1929-33 and with the London Group from 1932 (member 1936-7), experimenting with painting in oils from 1930 until, in 1935, the year after his first visit to Pembrokeshire, he decided to become a painter. He participated in the International Surrealist Exhibition in London 1936 and had his first one-man exhibition of oil paintings, mainly Welsh landscapes, at the Paul Rosenberg and Helft Gallery 1938.

As an Official War Artist 1941-4 he painted scenes of bomb devastation and of work in mines and foundries. Sutherland's first New York exhibition was at the Buchholz Gallery 1946, and in the same year he completed the 'Crucifixion' for St Matthew's Church, Northampton. He taught painting at Goldsmiths' College as a visiting instructor and since 1947 worked for several months each year on the French Riviera. He was a trustee of the Tate Gallery 1948-54. Painted the portrait of Somerset Maugham 1949, the first of a series which includes Lord Beaverbrook, Sir Winston Churchill and others. He completed the designs for the Coventry Cathedral tapestry, 'Christ in Glory in the Tetramorph', between 1954 and 1957 (installed 1962). Has also designed posters, ceramics, book illustrations, and ballet costumes and décor for The Wanderer 1940. Important retrospective exhibitions have been held at the I.C.A. 1951, the Venice Biennale and the Musée National d'Art Moderne, Paris, 1952, the Tate Gallery 1953, and at the São Paulo Bienal, Brazil, 1955. Awarded the O.M. 1960.

Collections include the Courtauld, London, and that of David Bowie.