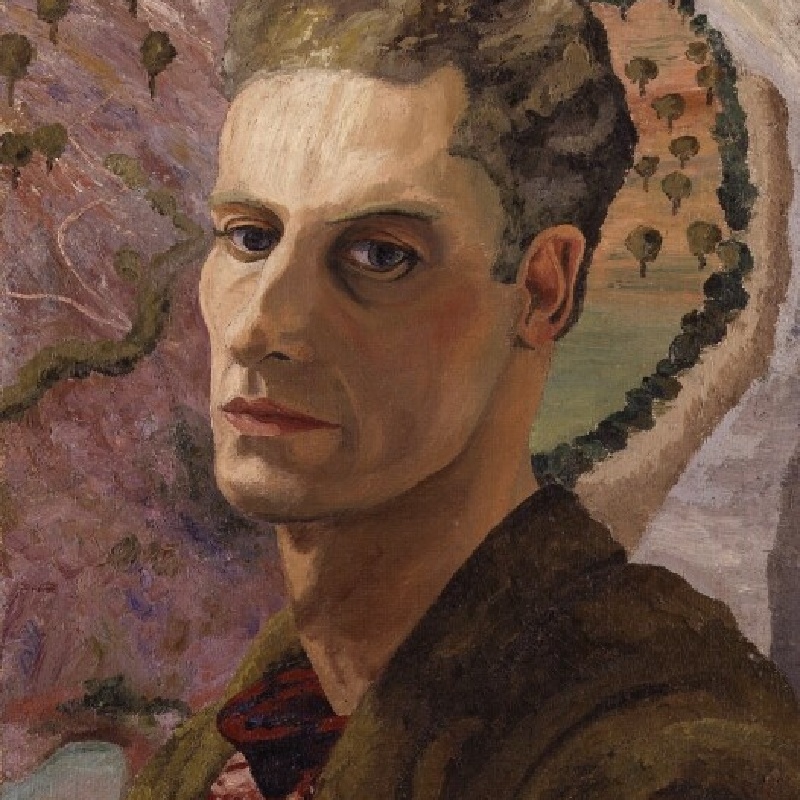 Cedric Morris was an artist, teacher and plantsman.

Cedric Lockwood Morris was born in Sketty, Swansea, West Glamorgan but mainly lived and worked in East Anglia. His mother, née Cory, whose father was Director of the Bank of Wales, had studied painting. His father, George Lockwood Morris, was a successful industrialist, descendant of the first baronet Morris, whose sister by marriage, Margaret, had helped to build the collection of the Dulwich Picture Gallery.

Morris spent his early childhood in Sketty, attended school at St Cyprian, Eastbourne and later at Charterhouse.  At the age of 17, in 1906, having failed to enter the army, Morris went to Canada to work on a farm and then had a succession of jobs including as lift boy in Toronto.  The following spring he returned to Wales and went on to study singing at the Royal College of Music, London. However deciding that singing was not for him, he then turned to painting and in 1914, at the age of 25, went to Paris to study at the Académie Delécluse, an establishment regarded as one of the more avant-garde ateliers in the French capital.

When the First World War broke out Morris, ready to join the Foreign Legion, was persuaded by John and Paul Nash to join the Artists Rifles. However, Morris never went to war and instead worked with horses in the company of Alfred Munnings at Lord Rosslyn's stud farm. After being discharged from the army Morris went to Cornwall to paint plants and at the time of the armistice, in 1918, moved to London where he made contact with J.D. Ferguson and other artists exiled from Paris who had gathered at the Margaret Morris Theatre and Club in Chelsea. It was at this time that he met and fell in love with Arthur Lett-Haines. Together they travelled extensively in Europe for the next eight years, returning occasionally to London where Morris exhibited with the London Group. It was then that one of his earliest works was purchased by Mrs Winston Churchill (1924) and another, in Paris, was selected by Ezra Pound to enter the Quinn Collection in New York. In 1926 Morris and Lett-Haines returned to Britain where Morris became involved with the design of textiles with Paul Nash and posters for Shell and B.P. Morris also became a member of the Seven and Five Society, exhibiting alongside Henry Moore, Barbara Hepworth, John Piper, Ivon Hitchens, Ben and Winifred Nicholson, Christopher Wood and David Jones.

In 1929 both Morris and Lett-Haines decided to move to the country and settled in Pound Farm in Dedham, Suffolk. There they had many visitors including Barbara Hepworth. After some time, in 1937, Morris and Lett-Haines opened an art school which they named The East Anglian School of Painting and Drawing. The school, which was initially at Pound Farm, had instant success due to the non-traditional teaching methods based on the free approach of French academies and the idea that there should not be any distinction between amateur and professional artists. By 1937 there were 60 students, the painters Lucien Freud and Maggi Hambling being among the earliest. Other students included Lucy Harwood and Valerie Thornton. In 1939 the building in Dedham caught fire but the school soon was re-established at Benton End, a farmhouse on the outskirts of Hadleigh, which became a powerhouse described by Ronald Blythe as "robust and coarse, and exquisite and tentative all at once. Rough and ready and fine mannered. Also faintly dangerous." While Lett-Haines was the "father" of the community, Morris painted but also became an internationally renowned plantsman who between 1940 and 1980 was mostly known for breeding irises. He also bred birds as a hobby. One of these birds, a macaw called Rubio, was immortalised by Bernard Reynolds in a bronze sculpture.

In 1946 Morris and Lett-Haines founded Colchester Art Society. Such societies were much needed in the early post-war years when life was still restricted by austerity. John Nash was its first president, Morris its second, serving from 1979 to 1982. In 1947, Morris succeeded his father to the Morris Baronetcy, becoming the 9th baronet and three years later, in 1950, Morris was appointed lecturer at the Royal College of Art. He was also a member of Norfolk & Norwich Art Circle from 1946. Cedric Morris died in February 1982. He is buried at Hadleigh, Suffolk.

Although self-taught as a painter, having attended the académies libres in Paris as a young man, Morris achieved great skill as a colourist, produced some remarkable work and was praised by influential figures such as Roger Fry. His work generally combines strongly defined structures with vivid colour to reveal the artist's admiration for Modernists such as Picasso, Matisse, Cezanne and Gauguin. He was inspired by the freshness and simplicity of Post-Impressionism which came to exert a strong influence on Morris's style and existed alongside his study of early Renaissance masters such as Giotto.

David Bowie owned a number of Morris's paintings and there are over 70 works by the Artist in UK public collections, including the Tate, National Trust and National Museum of Wales.