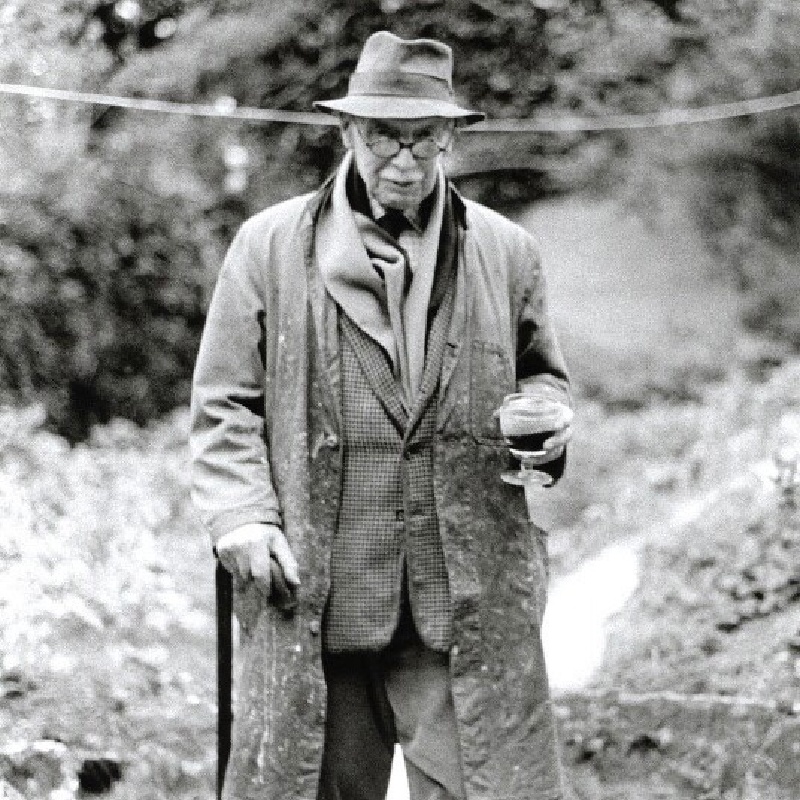 Allan Gwynne-Jones was a painter, mostly of still life.

Born in Richmond, Surrey, Gwynne-Jones was educated at Bedales School. He then qualified as a solicitor, but never practised, as he instead developed a love of art through painting watercolours. In 1914 he began a course at the Slade School of Fine Art, but three months later was commissioned into the Cheshire Regiment. He was wounded at the Battle of the Somme in 1916 and awarded the Distinguished Service Order.

After demobilisation in 1919, the artist returned to study at the Slade and by 1923 had become Professor of Painting at the Royal College of Art. He remained at the Royal College for the remainder of his career, also teaching part-time at the University of Reading during WWII. Married the painter Rosemary Allan, their daughter being the painter Emily Gwynne Jones, and moved to Eastleach Turville, Gloucestershire.

Gwynne-Jones gained renown for his own painting, most notably portraits and paintings of flowers. He exhibited with the New English Art Club (1919-41) and was elected a member in 1926. His first solo show was in 1921 at 26 Cheyne Row and he showed at the Royal Academy from 1950. The artist was honoured with a retrospective exhibition at Agnew's to mark his eightieth birthday in March 1972, also living to see a group of his works enter the Tate Collection.

Gwynne-Jones became a Royal Academician in 1956. He was appointed Commander of the Order of the British Empire in 1980, just two years before his death. A memorial exhibition was held at National Museum of Wales, Cardiff, in 1982. His work is held in many collections including the Ashmolean Museum, Oxford.