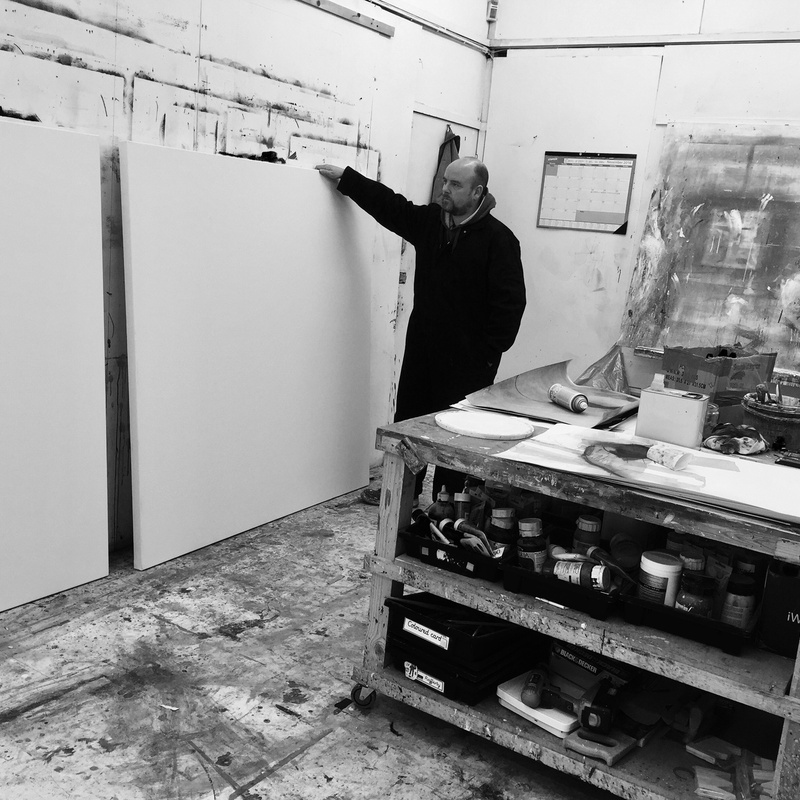 His work responds directly to their material. As the son of Jenny Lock, Sam's creativity has been nurtured his whole life. Originally from London, Sam lived in Canada before his artistic talent was nurtured at the University of Edinburgh College of Art, from where he graduated in 1997 with a double MA in Fine Art and History of Art.

Sam paints viscerally. As well as the brush, he uses blowtorches and electric sanders on his oil paintings, wearing their surfaces down in a repeated process of building and destruction. At its core, his work conveys the passage of time; colours, movement and places that are half-recalled or uncertain. Sam sees his paintings as each having a character, which he explores in the relationships between layers of media, the creation of tensions and interactions that evidence the intuitive processes he followed in their creation.

Sam's work has been exhibited in London and the wider UK, including at the Royal Academy's 2015 Summer Exhibition. His paintings are found in collections in the UK and abroad.