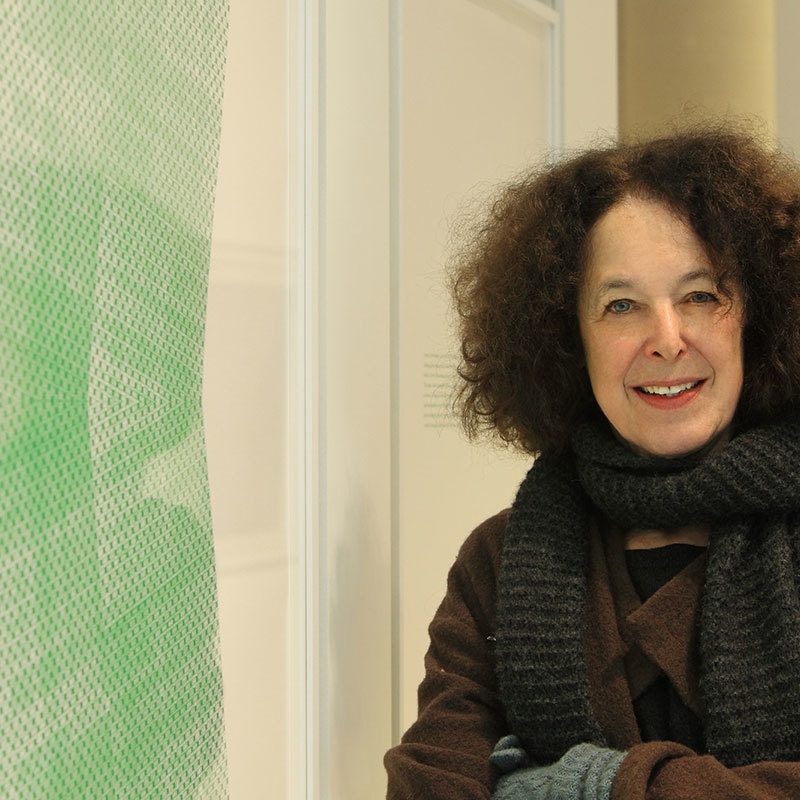 Her work is characterised by the enigmatic interaction of forms and colours. The patterns she creates suggest spatial ambiguities and shifting structures which work on the viewer's perceptions in subtle ways.

She has artworks in many public collections, including the Tate and the British Museum, and her paving designs can be seen in Centenary Square, Birmingham and the forecourt of Victoria Station. In 2010 she published a book of her collected writings, Painting: Mysteries and Confessions.