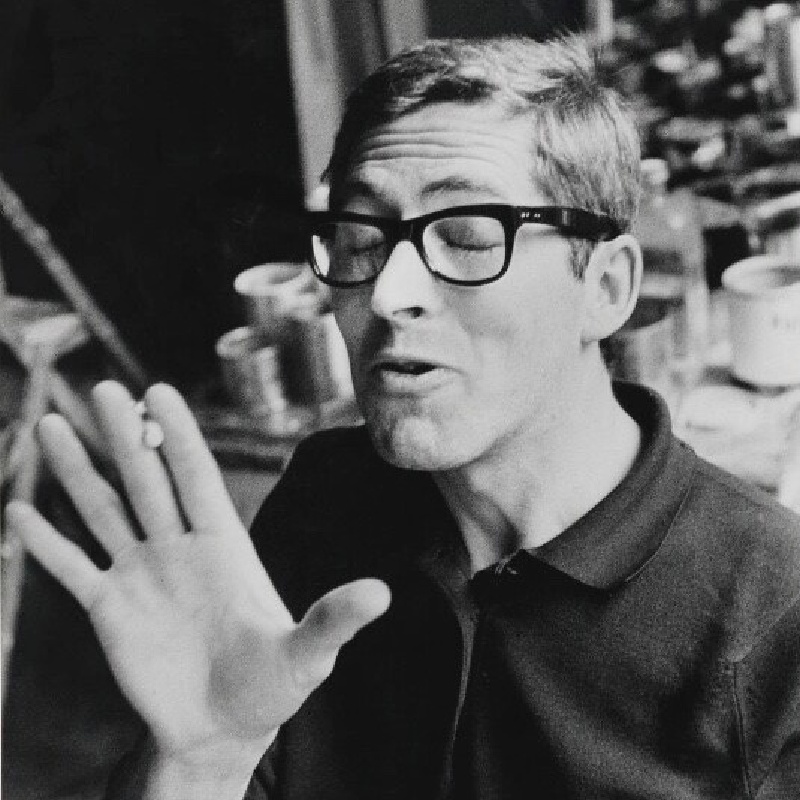 Marc Vaux is a non-figurative painter who was closely involved with 1960s abstract groups.

Born in Swindon, Wiltshire, Vaux attended the Commonwealth Grammar School in Swindon and, following two years of national service, entered the Swindon School of Art in 1955. He moved to London to study at the Slade School of Fine Art (1957-60) due to an original interest in the work of Sickert and the Euston Road School. He studied under William Coldstream with Ceri Richards, Keith Vaughan and Tess Jaray, though found himself more influenced by Abstract Expressionists such as de Kooning and Klein. It was here that he met William Turnbull, through a mutual friend Kim Lim. Vaux was awarded a Boise travelling scholarship which he used to travel around Italy and then to Paris, where he worked at the Jean Pons' lithographic printing studio and was influenced by School of Paris paintings.

Vaux first came to prominence in 1960, when his work was included in the landmark exhibition 'Situation' exhibition held at the RBA Galleries, London, and included work by Robyn Denny, William Turnbull and Bernard Cohen. This show was a reaction against the seeming Americanisation of abstract art through a focus on the American Abstract Expressionists and Tate's 1959 exhibition The New American Painting. Since then Vaux has continually developed his non-figurative painting style, exploring a range of different media from drawing and painting to three-dimensional reliefs and sculpture. Vaux's first commercial exhibition was at the Grabowski Gallery, London, in 1963 with his then-wife Tess Jaray, photographed by Lord Snowdon. He was subsequently represented by the Axiom Gallery, Anderson O'Day and the Redfern Gallery.

In 1986, after a long teaching career as Principal Lecturer in Painting, Vaux was appointed Head of Painting at the Central School of Art and Design (London Institute) where he stayed until retiring from teaching in 1989 to concentrate on painting. The artist's work has variously been described as minimalist and constructivist, although since his primary interest is in colour and light he has more in common with the American west coast artists than the New York minimalists. The artist was nominated for the Jerwood Painting Prize in 2003.

In 2005, a monograph was published on Marc Vaux, written by Vaux's long-term supporter Norbert Lynton. The Tate holds a strong collection of Vaux's work from 1959 to the present day, with his work held in other public collections such as Arts Council of Great Britain, Victoria and Albert Museum, British Library, City Art Gallery, Leeds, York Art Gallery, Sheffield Museum, and Folkwang Museum, Essen, Germany.