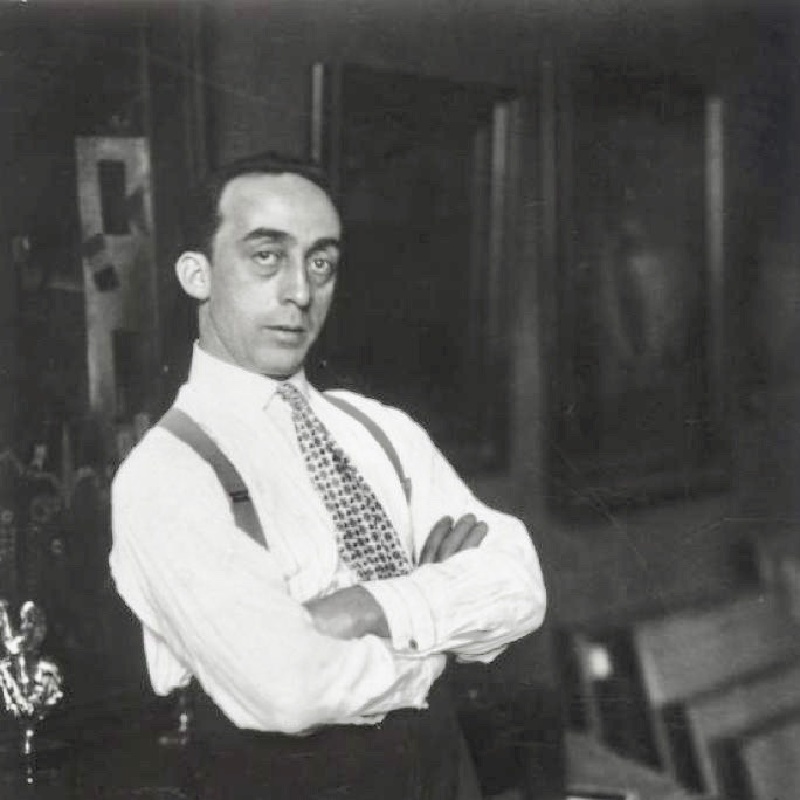 Born in Borgerhout, Jespers graduated from the Antwerp Academy of Fine Arts where he was strongly influenced by the paintings of Van Gogh. He went on to study at the Higher Institute of Fine Arts, Antwerp, under Franz Courtens. After playing as a cellist for some time, Jespers - with his brother Oscar, a sculptor, the Dadaist and painter Paul Joostens, and the poet Paul Van Ostaljen - created one of the first modernist groups in Belgium. At the centre of the avant-garde circles of the 1920s, the group who absorbed the influences of Fauvism, Expressionism, Cubism and Futurism. Jespers contributed to publications such as Ca Ira, Le Centaure and Sélection before befriending Jean Metzinger and Albert Gleizes and working with them on Du Cubisme (1913). In 1921 Jespers' work was shown internationally for the first time, at the exhibition of the Dutch artistic group 'De Branding' with Kurt Schwitters and Fokko Mees. In 1925 he became a member of 'Kunst van Heden' ('Contemporary Art').

The difficulties of the 1930s brought a change to Jespers work. His boundary-defying modernism softened towards traditional forms of painting, found in particular his series of Flemish and Walloon landscapes. This return to a more discernable subject did not signify a 'calming down' of the artist, and the paintings have a real monumentality and are executed in a style clearly influenced by contemporary European movements. Looking back on this period, Jespers told an interviewer in 1959: 'I had discovered with the Cubists that a painting must be built. Expressionism then taught me that light and air around an object were not enough; the object itself has essential values: shape, length, width, depth. Thus expression, expression had to be given to the naturalistic form of the object.' A similar balance of modernist ideals and more traditional values was found in his tapestry designs for the World Exhibitions in Paris and New York of the late '30s.

In 1951, Jespers made the first of three journeys to Congo, then a Belgian colony. He stayed in the city of Kamina where his son Mark worked as a doctor. The experience of Africa was a revelation for the artist, who had studied cultural objects from the continent in his early pursuit of modernism. Jespers translated his impressions, in particular his encounters with the Congolese people, into frescoes that come alive with colour and energetic brushwork. This was not a typical idealised Africa through the Western lens though, with Jespers making sure to travel outside of the cities to engage with different populations and draw attention to their conditions under the administration. The paintings were well-received and an exhibition was mounted in Antwerp, later travelling to Amsterdam.

In the spring of 2005, the Museum for Modern Art, Ostend, held a retrospective of Jespers' paintings.