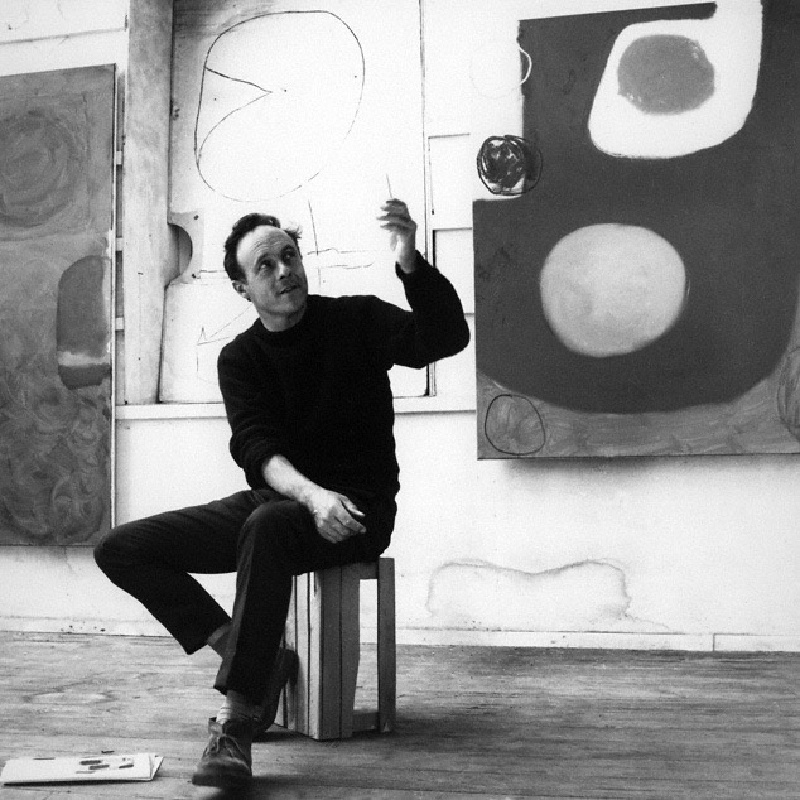 Patrick Heron was a painter, textile designer and writer on art.

He was born in January 1920 in Leeds, the son of T.M. Heron, founder of Cresta Silks and Christian sociologist. From 1925 Heron lived in St Ives for five years. He studied at the Slade School from 1937 to 1939. The Second World War interrupted his painting, but in 1945 he settled in London and began to paint again. The Braque exhibition at the Tate Gallery deeply impressed him in 1946, and Heron had his first one-man exhibitions in 1947 at the London Redfern Gallery and in 1960 at the New York Bertha Schaefer Gallery. He became an art critic to the New Statesman and Nation in 1947, and the London correspondent to Arts (New York) in 1955. A retrospective exhibition was put on displaying Heron's work at the Wakefield Art Gallery in 1952, and he went on a northern tour that same year. Twelve paintings of his were held in the São Paulo Bienal from 1953 to 1954. Heron turned to abstract art under the influence of American abstract painting in 1956, and he moved to Zennor, Cornwall, in the same year. At the end of the 1950s, he was awarded First Prize in the John Moores Liverpool Exhibition. Heron was also a successful writer and was the author of The Changing Forms of Art (1955), Ivon Hitchens (1955) and Braque (1956).

Heron's work is part of numerous public and private collections, including Deutsche Bank.