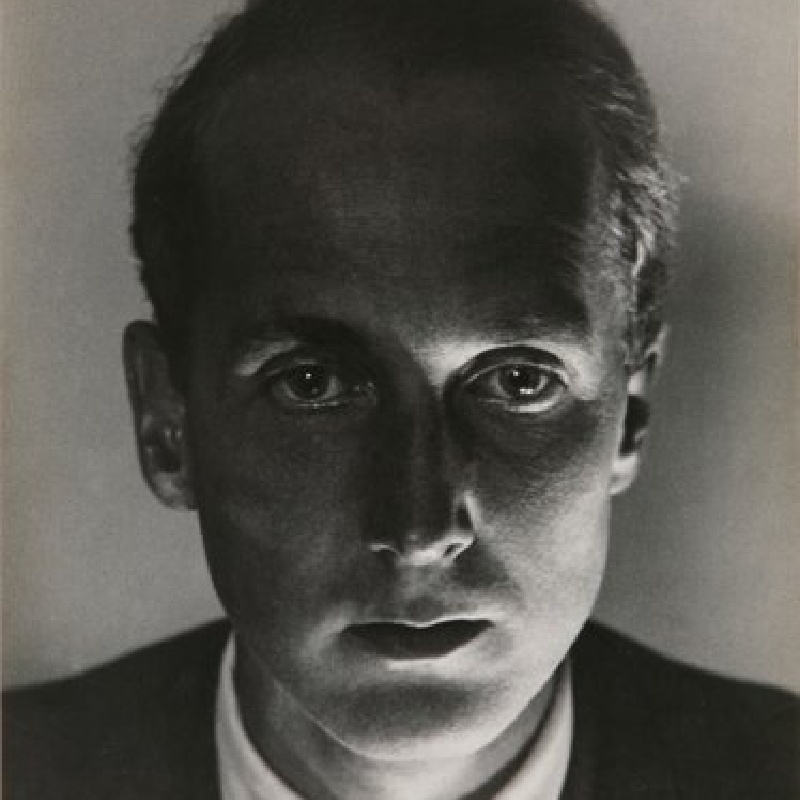 Rolf Brandt was a British artist born in Hamburg, Germany; he moved to London in 1933 and remained in Britain for the rest of his life. The brother of photographer Bill Brandt, Rolf was a distinguished artist in his own right. His career as an artist encompassed his early surrealist paintings and drawings; haunting drawings and book illustrations of the 1930s and '40s; subtle and sophisticated abstract paintings of the 1950s; witty and inventive drawings and collages of the 1960s and '70s; and his final major series of works - the painted wooden constructions exploring colour theory and optical art made in the 1960s and '70s.

In the 1920s, Rolf Brandt became interested in Dada and Surrealism, making drawings and collages; when his brother Bill Brandt worked in Man Ray's Paris studio in 1930, he too became absorbed by Surrealism, absorbing a lasting spirit of subversive experiment and element of dream-like atmosphere. In 1929, he was drawn into the orbit of the Bauhaus when he lived in Dessau and visited Paul Klee's studio.

In London, the Brandt brothers were part of an intellectual and artistic milieu in Hampstead in the late 1930s and '40s, with Rolf the first resident of no.26 of the Lawn Road Flats, also known as the Isokon Building. Rolf attended drawing classes in London with Ozenfant, and in Paris with Paul Colin. Brandt's drawings were first published in the early 1940s and, as R.A. Brandt, he established a reputation for his quietly haunting illustrations and delicate pencil drawings with an elusive, often eerie quality, once described as 'absurd as dreams and as mysterious'.

Brandt influenced generations of students when he taught at the London College of Printing in the 1950s through to the 1970s. He exhibited rarely and the last significant exhibition in his lifetime was at the Lisson Gallery in 1970.