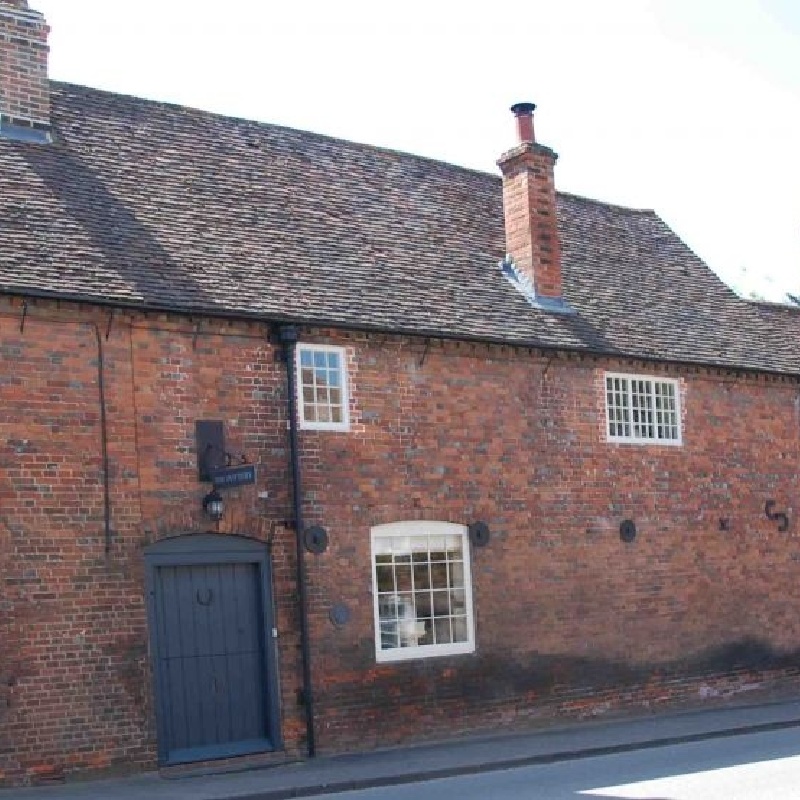 Aldermaston Pottery was a pottery located in the Berkshire village of Aldermaston, England. It was founded in 1955 by Alan Caiger-Smith and was known for its tin-glaze pottery and particularly its lustre ware. His first assistant, Geoffrey Eastop, joined him in 1956, a year after the pottery started. They were joined in 1961 by David Tipler and Edgar Campden, who remained there until 1975 and 1993 respectively. Over a period of forty years, around sixty assistants worked at the pottery.

In 1965, the pottery was the subject of a television documentary produced by Michael Darlow. The pottery scaled back its production in June 1993 when Caiger-Smith partially retired and stopped hiring assistants. It continued to be operated commercially until it was sold in 2006, and the building has now been converted into a private property.

Reading Museum has an extensive collection of Aldermaston pottery displayed in its Atrium gallery. The pottery can also be seen on display at the Victoria & Albert Museum in London and the Ashmolean Museum in Oxford.