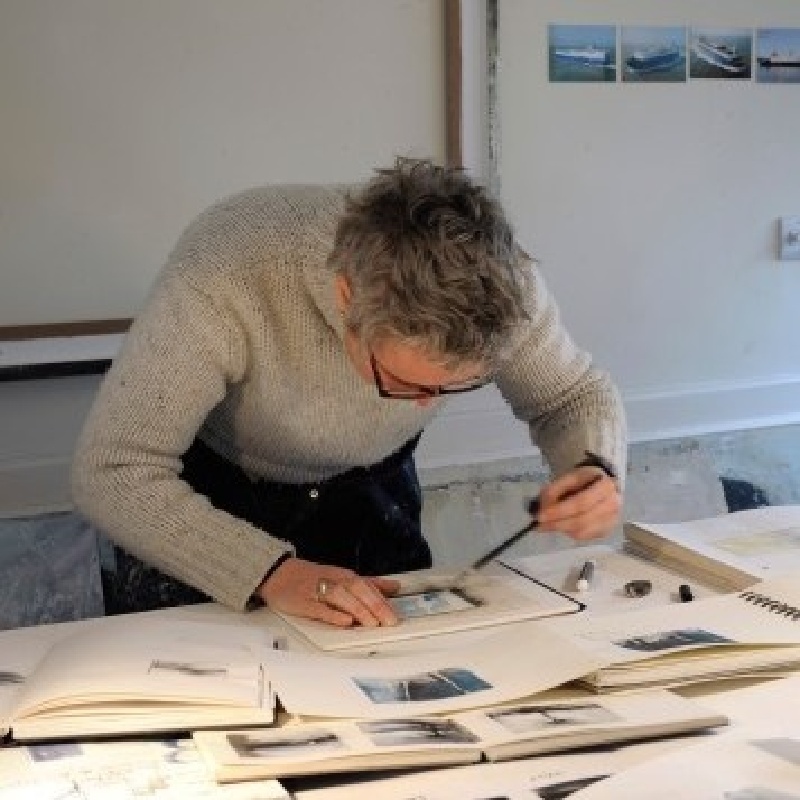 Ffiona Lewis was born in London but grew up in Devon, now dividing her time between her studios near the River Debden in Suffolk and London. She studied at the Polytechnic of Central London, where she achieved a BA (Hons) in Architecture in 1987. She went on to study there for her Diploma which she completed in 1990, and that same year she was ARCUK registered.

Following her studies in architecture, Lewis attended a series of short courses at Central St Martin's School of Art and began painting professionally. Once she had made the transition from architect to artist, Lewis met John Wells, who introduced her to the luminaries of St Ives—Patrick Heron, Terry Frost, Janet Leach, and Rachel Nicholson, among others. In 1996, she had a two-person exhibition with the latter at Dartington Art Gallery. Andrew Lambirth has said of her work that 'Lewis has tended to paint the evidence that people leave behind, or their trace in the landscape rather than the people themselves.' (2012).

Lewis has exhibited at a number of venues, including the Kettles Yard, Cambridge; The Fry Gallery, Saffron Waldon; Snape Maltings, Suffolk; Redfern Gallery, London; The Northcote Gallery; Sligo Art Gallery, Ireland; Art 98 and Art 99, London; The North House Gallery, Essex; and galleries in Cornwall, France and Denmark. In 2005 Lewis published her book Drawn Out of Elsewhere.  She has also illustrate Jennifer Potter's book 'The Angel Cantata' (2013). Her work forms part of collections at House of Lords, Palace of Westminster; Truro Law Courts, Cornwall; Slaughter and May Headquarters, London and New York; and ING Barings, London.

Lewis's works are composed of small-scale 'glimpse' paintings, still lifes in the main. The structural marks she creates in graphite and paint are bold and gestural, the marks of an architect. Working mainly in oil on panel, her delight in the landscape and sense of place, with all its observances, is clear. Her subjects include a miscellany of table spoils, picnic views, coastal walks, and boat paraphernalia. Alongside her domestic geography, a number of paintings are floral portraits - picked flowers, and the gift, potted exotic, that serve as a thread to draw inferences of character and story.

"Painting is a questioning of nature and my internal landscape, the unregarded more common aspects of the everyday.Each day, the slate is wiped clean from the previous day and I begin from scratch, with no expectations. The choice of subject, 'the glimpse', tends to be impulsive. What focuses is what you do with the paint. The spontaneous epiphany is the trigger for the work with paint to commence."