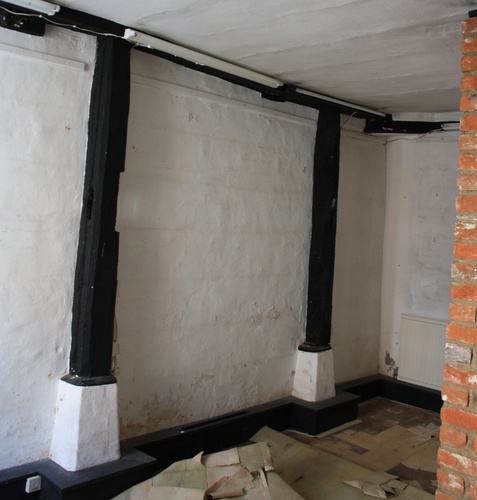 When we first saw 2a George Street in early 2010, it was still filled with 24,000 books. It had been The Old Book Shop for nineteen years, a rabbit warren with a particularly great collection of fine art books. Prior to this though, the building had housed an art gallery, and in the 1960s, Fred Hopkins' General Store.

When we acquired the Grade II listed 18th-century buildingin April 2010, we  set about its restoration. The original fabric of the structure was uncovered, beams were cleaned, a Victorian fireplace was discovered and lathe and plaster walls were renewed. Undulating walls, uneven floors and a spider's web of beams now feature as the backdrop to our psintings. If you would like to know more or arrange a visit to us in Kingsclere, email us at info@jennaburlingham.com.