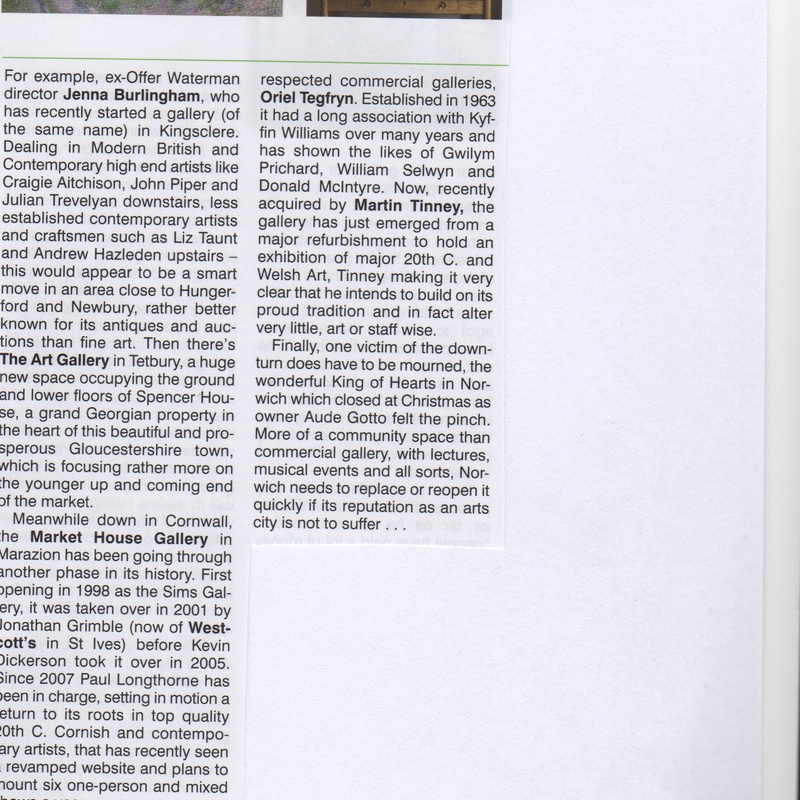 There might be economic doom and gloom in the air but there seems to be no slowing up in the number of new galleries around the country opening up or revamping. For example, ex-Offer Waterman director Jenna Burlingham, who has recently started a gallery (of the same name) in Kingsclere. Dealing in Modern British and Contemporary high-end artists like Craigie Aitchison, John Piper and Julian Trevelyan downstairs, less established contemporary artists and craftsmen such as Liz Taunt and Andrew Hazelden upstairs - this would appear to be a smart move in an area close to Hungerford and Newbury, rather better known for its antiques and auctions than fine art..."